Once upon a time, back in the sad old days when silly dancing and cocoa tin lid medallions were all the rage, Hull had only one club that played good music. It was called the Bishop Lane Club, it is now the home of a friendly vegetarian restaurant called Hitchcocks. One day, Lady Mortargate and her elves decided to open a club which would give Hulls elves and pixies an alternative late night venue. They acquired a half share in a poor unloved run down club which was frequented mainly by trolls and goblins. Lady Mortargate and her elves met up one night in a drinking establishment called the Haworth Arms to discuss future plans for the club, they knew drastic measures were needed to change the club in order to make it popular with all the local elves and pixies but knew full well that any change would prove unpopular with the trolls and goblins that used the club. Now, it is a well known fact that all trolls and goblins are afraid of small loveable furry creatures, especially if they have long legs, so they decided to change the name of the club to Spiders.This in its own right might keep away many of the trolls and goblins and may attract elves and pixies who are known to love these small, long legged furry creatures. Other points discussed that night included who would manage the club and who would protect them from the trolls and goblins who might try to gain entry to the club. They knew their main weapon in keeping away trolls and goblins, had to be the change in music policy, this was discussed in great detail, they had to find DJ’s whose music taste was the same as theirs and had not been brainwashed with the current music theme. They knew a crazy barman called Sir Granville of Keithley, a teacher during the day, a superb barman by night. After discussions with Sir Granville and after much bartering he agreed to manage the club. They now needed some door security, capable of keeping the trolls and goblins out of the club. It came to their notice that a Black Knight called Sir Tony who was recently up from the smoke was looking for work along with his friend Sir John of Saxby, and so it came to pass that Sir Tony and Sir John joined their ranks. Two princes called Kevin and Jerry were chosen to become their DJ’s, both liked new, innovative music. 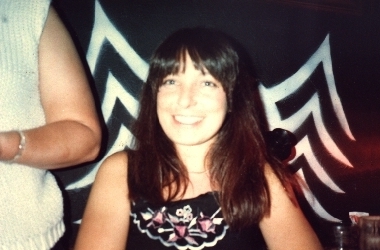 It was a difficult time, the music was right, the atmosphere was right, but the numbers of pixies and elves visiting the club was unfortunately not good. The head gremlin at the local bank was not happy and insisted they must pay in more groats or he would send his trolls around to take away their possessions. It was about this time a fairy queen called Wendy started to work at the club. One day, three pixies asked if they could run a special night on a Thursday, playing even more innovative music. Lady Mortargate and the elves thought this was a great idea and so the Roach club was born. This lasted about a year, as the young pixies had other bridges to cross and so the Roach club came to an end. They then decided it would be a good idea to include live music, so they started to put Hulls young bands on stage on Friday nights, giving all Hulls young budding musicians a chance to play to a decent sized audience, using professional equipment and also receiving payment for doing so. Lady Mortargate and one of the elves decided to be radical and introduced a new concept in nightclub management. It was agreed to slash the prices of all drinks, this was unheard of in Hulls club scene, it was a risk but it was a risk that had to be taken. The idea worked, more and more pixies and elves began visiting the club, appreciating the great deal they were being offered. After a month or so the head gremlin at the bank was more than pleased and so were Lady Mortargate and the elves. Shortly after, Sir Granville went on a valiant quest to a land far, far away. Sir Tony the Black Knight was offered a job as an inn keeper in one of Hulls more problematic drinking houses and so he too left the family. They replaced Sir Tony with a friendly giant called John an experienced doorman who was kind to elves and pixies but disliked trolls and goblins. The club was doing fairly well but they knew it could do better. Two young imps called Dece and Shaun took over the Thursday night slot, it was called Desolation Row, similar to the Roach club only including live bands who were becoming very popular. It was on one of these nights that Everything but the Girl played at the club, the only time they ever played in Hull. Their main DJ’S, Kevin and Jerry had recently left the club. They were replaced by Peter the Wizard, an extraordinary DJ with an amazing knowledge of music. 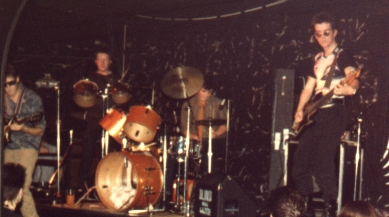 Spiders club was becoming well known nationally, the cult TV show the Tube asked if they could film at the club, one month later in a Tube special about Hull, they filmed a band called International Rescue playing live at the club. That legendary pixie Jools Holland was there to oversee the performance. In time to come Peter the Wizard became lost in a world of make believe, and therefore had to leave. Enter Frank, a student DJ pixie studying at Hull University. Lady Mortargate and her elves started to run parties for Hull University societies on a Thursday night in place of Desolation Row. These nights became very popular as a large part of the groats taken on the door went into the coffers of the said societies. These parties carried on for the next five years or so. During this time the two elves who set up the club with Lady Mortargate had a major disagreement about the future of the club, one elf wanted to stay on the same safe road, the other elf wanted to follow an unsafe and dangerous path. It was a sad time and there was no way a compromise could be achieved and so one of the elves left, never to return. It was a very, very sad time. Lady Mortargate and the remaining elf then asked a young Prince called Tim to help run the club. This he did for the next year, but the young Prince was not happy in this role so he left to search for riches in another kingdom. Later on the young Prince would return to work as barman, bar manager and later as DJ and would prove to be one of the club’s most loyal subjects. It was at this time, Lady Mortargate and the elf bought the other half share in the club, this cost them many groats but now the club was all theirs. Up to this time Lady Mortargate was working for a large company during the day as a secretary to a nasty monster called Mike the Pipe. It was decided that the time had come for her to leave this unpleasant situation and work at the club full time. Frank the pixie DJ finally finished at Hull University and set sail for distant shores. One night Peter the Wizard came to the club on a night out, he seemed to have settled down, he had recently married a nymph called Cathy. He asked if he could DJ at the club once again. It is very hard to describe what Peter the Wizard was like, crazy, unreliable, loveable, cheeky, infuriating, does not come close. Oh yes, he was a great DJ. They said yes !

An Elf Talking With A Nice Pixie

They decided around this time that opening three nights a week was probably unnecessary, other clubs were jumping on the bandwagon starting student nights and trying to copy their low priced drinks policy, without much success. They therefore closed Thursday night hoping that the elves and pixies would come to the club on the Friday night instead, they were right. The club was getting busier week after week so it was agreed that an extension be built to accommodate all the extra elves, pixies and imps that were frequenting the club, so work began on the Black Widow’s parlour. Lady Mortargate and the elf were getting tired, yes, they knew it was only two nights a week but it was two nights a week for the past twelve years, without a break. Now the elf had a son imp called Keri, he did not have a job, so they suggested he start work full time at the club, this he did. Peter the Wizard again started to wander in fields of golden thistles so once again he had to go, he was, as said before one of the best DJ’s ever and will always be remembered with much affection and gratitude. Peter the Wizard was replaced with Sir Christopher of Von Trapp as main DJ. Later on he would be joined by princess Sonja, a young imp Priya, and their pixie friends Stuart, Mandy and Ruth. Lady Mortargate and the elf decided to take on another night manager as the club was so busy. One of their security team was a Knight called Sir Raymond of Venton he was a fine, upstanding fellow with a great personality. He was ideal for the job and they were so pleased when he accepted the position. Sir Raymond became a stalwart at Spiders and to this day he still is. He has run the club along with Keri the imp for the past seven years. Well that is the story of Spiders so far, many more elves, pixies, imps, knights, princes, princesses and fairy queens have been involved in the running of Spiders over the past twenty one years. lf you are one, and happen to read this story, then :-

MAY GOD BLESS AND KEEP YOU ALWAYS

MAY YOUR WISHES ALL COME TRUE

MAY YOU STAY FOREVER YOUNG.